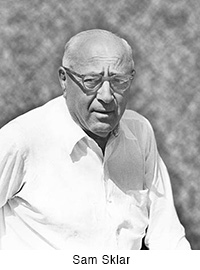 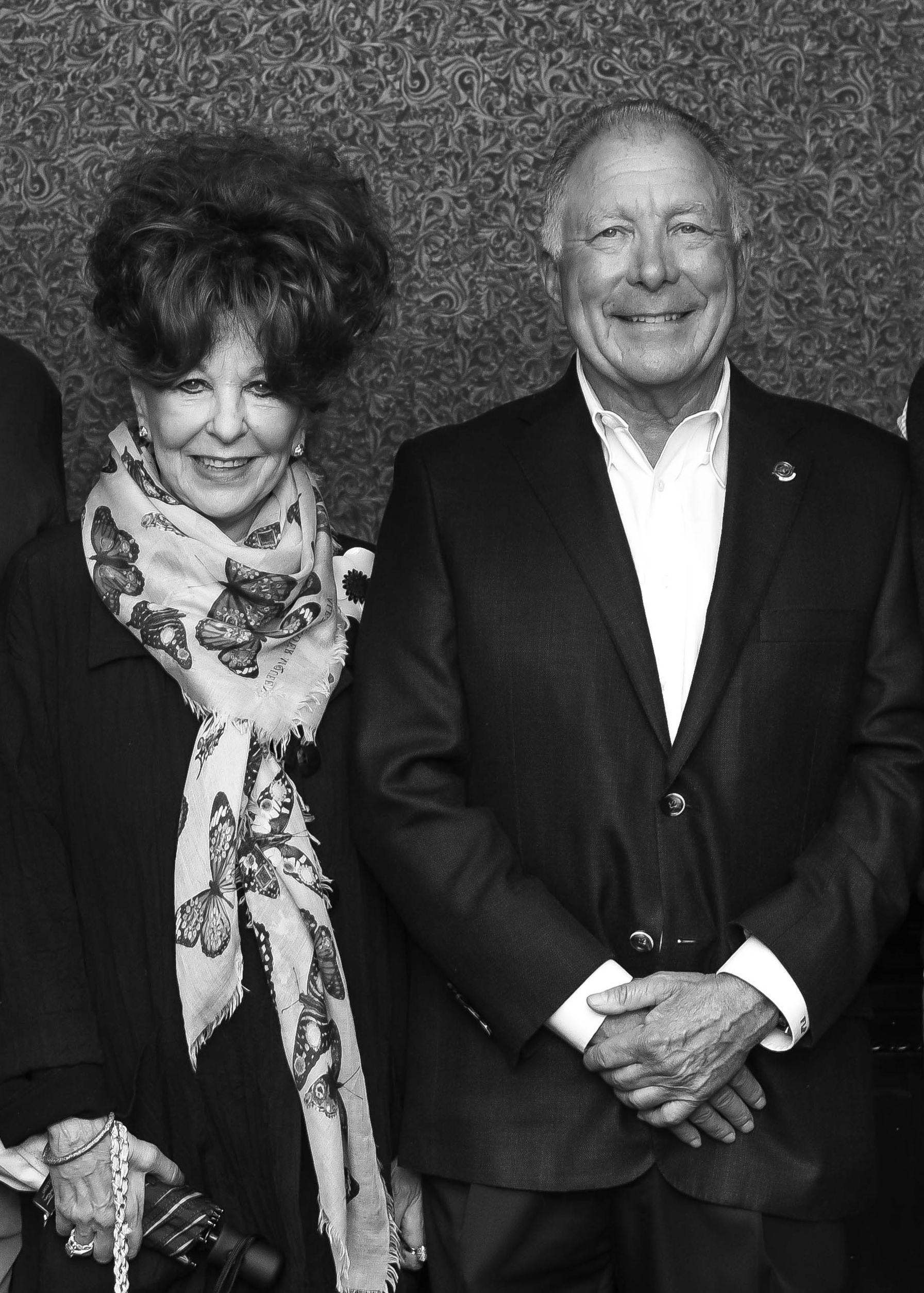 Sam Sklar, an immigrant from Russia, had the American dream in sight. Even though he had little money, he was determined to be successful. During the Great Depression in 1933, Mr. Sklar began a career in oil and gas by selling scrap material and pipe to oil operators in exchange for a small interest in wells. This initial venture was called Louisiana Iron & Supply Company. The ownership in these wells benefited from the East Texas oil boom, and Mr. Sklar’s scrap business evolved into an oil and gas company. By 1955, both his son Albert Sklar and son-in-law Leonard Phillips joined him in the oil business.

Since Shreveport and East Texas had become an oil hub, Albert and Leonard worked hard to build

industry relationships while Mr. Sklar focused on the wells.In 1959,
shortly after they joined in the family business, Mr. Sklar changed the name of Louisiana Iron & Supply Company to Sklar & Phillips, Inc. Then Sklar Producing Co. was formed to hold working interests in wells. Together, these men built the conservative, honest business, which became one of the largest oil and gas ventures in the Ark-La-Tex.

After nearly 40 years in business, Mr. Sklar passed away in 1971, and Leonard’s son Fred Phillips joined the family business. Fred focused on diversifying the family’s wealth into real estate while he learned the oil and gas business and developed a keen sense for investment opportunities. In 1999 the company names were changed to Phillips Oil & Gas, Inc. and Phillips Energy, Inc. Currently, Fred runs the diversified family businesses along with his son Collin Phillips. Fred’s sister, Sandi Kallenberg, also assists in management and serves as a board member for the family businesses. In addition to oil and gas exploration, there are also investments in royalties, pipelines, real estate, and multiple private equity deals.

We use cookies on our website to give you the most relevant experience by remembering your preferences and repeat visits. By clicking “Accept All”, you consent to the use of ALL the cookies. However, you may visit "Cookie Settings" to provide a controlled consent.
Cookie SettingsAccept All
Manage consent

This website uses cookies to improve your experience while you navigate through the website. Out of these, the cookies that are categorized as necessary are stored on your browser as they are essential for the working of basic functionalities of the website. We also use third-party cookies that help us analyze and understand how you use this website. These cookies will be stored in your browser only with your consent. You also have the option to opt-out of these cookies. But opting out of some of these cookies may affect your browsing experience.
Necessary Always Enabled
Necessary cookies are absolutely essential for the website to function properly. These cookies ensure basic functionalities and security features of the website, anonymously.
Functional
Functional cookies help to perform certain functionalities like sharing the content of the website on social media platforms, collect feedbacks, and other third-party features.
Performance
Performance cookies are used to understand and analyze the key performance indexes of the website which helps in delivering a better user experience for the visitors.
Analytics
Analytical cookies are used to understand how visitors interact with the website. These cookies help provide information on metrics the number of visitors, bounce rate, traffic source, etc.
Advertisement
Advertisement cookies are used to provide visitors with relevant ads and marketing campaigns. These cookies track visitors across websites and collect information to provide customized ads.
Others
Other uncategorized cookies are those that are being analyzed and have not been classified into a category as yet.
SAVE & ACCEPT
Daniel J. Coy

Daniel J. Coy has been flying airplanes for the past thirty years. Not only is he certified to fly single engine land & sea planes, multiengine land planes, and helicopters, but he is also a certified flight instructor for these aircrafts. In 1993 Daniel began flying professionally in a Beechcraft Kingair 300. His favorite aircraft to fly is the Citation 551.

Serena D. Adcock joined Phillips Energy, Inc. in 2016 as an Accounting Clerk. She attended Bossier Parish Community College and Northwestern State University. Serena is responsible for accounts payable and accounts receivable. Before joining our team, she was in multi-residential real estate for 6 years and worked with Phillips Energy Partners, as part of the land department and division orders, for 7 years. She volunteers her time working with the youth for SPAR of Shreveport, as well as, Southside Riding Club of Keithville, where her three daughters are members.

Janis R. Neel is the Senior Production Manager for Phillips Energy, Inc. She joined the Company in 2006 as a Production Assistant and her duties have expanded over the years to Senior Production Manager. Janis has over 35 years experience in the oil and gas industry. She began her career in the energy industry by selling oilfield equipment for Arlatex, Inc. She has also worked at Arklaís Waskom Gasoline Plant as Lab Technician/Loader for 17 yrs and SME Energy as a Production Technician. She graduated from Louisiana Tech University with a Bachelor of Science degree in Animal Science .

Jill N. Crawford is Senior Land Manager of Phillips Energy, Inc. She began her career with the Corporation in 1978 shortly after graduating from Louisiana Tech University with a Bachelor of Science degree in Business Administration. She is a member of the American Association of Petroleum Landmen and of the local ALTPL. She received her Certified Professional Landman (CPL) designation in February 2000.

Tiffany L. Paine joined Phillips Energy, Inc. in 2008 as a financial analyst. She is responsible for overseeing and performing economic analysis for the family’s private investments, venture capital investments, and stock investments. Tiffany double majored in Finance and Business Administration from Centenary College of Louisiana in 2008. She serves the community through her commitment to the Junior League of Shreveport-Bossier, Inc..

Martha D. Rogers is the Accounting and Office Manager for Phillips Energy, Inc. She joined the Company in 1999 and has over 40 years of oil and gas accounting experience specializing in joint interest billing and accounts payable. Martha oversees the accounts payable and accounts receivable departments as well as handles the Company’s Joint Interest Billings and Revenue Disbursements. Martha is the main conduit between our Land and Accounting Departments.

Fred L. Phillips is President & CEO of Phillips Energy, Inc. He has over 40 years experience in the oil and gas industry. Fred received his Bachelor of Science degree from the University of Colorado in 1969 and an MBA from Tulane University in 1972. Over the years, Fred has been a Board Member for many civic and business organizations. He is currently a Board Member of Aeropres Corporation, American Red Cross Northwest Louisiana Chapter, Southfield School Foundation Board, The Betty and Leonard Phillips Deaf Action Center and several family owned entities. Fred is also a Tiffany Circle Recipient for his level of giving to the American Red Cross. In addition, Fred is the Vice President of The Leonard W. & Betty Phillips Foundation where he continues on the family’s philanthropic legacy.

Fred is an avid aviation enthusiast having owned and operated Petrolift Aviation Services, Inc., an aircraft charter company and Movie Choppers of Louisiana, LLC, a helicopter charter company. Fred is an accomplished pilot having logged over 18,000 hours of Pilot in Command. His other interests include skydiving, cycling, and motorcycling. He is the father of five children.

Collin A. Phillips joined the family business in 2007 and is now the Vice President of Operations for Phillips Energy, Inc and CEO for Gulf South Towers, LLC. Collin has been instrumental in recent investments of oil and gas developments for the family in the Alabama area. He serves as a Board Member for several family owned entities. Also, he is a member of the AAPL, ETAPL, ALTPL, IPAA and the local Wildcatter’s organization. Collin is actively involved in his community working with local organizations such as the Shreveport Regional Arts Council (SRAC) and The Betty and Leonard Phillips Deaf Action Center where he has been a Board member since 2009 and has been the Chairman of Deaf Action Center fundraiser Las Vegas Night since 2014. He attended Southern Arkansas University.